Well, finally, we are heading towards Chicago. It is so far from Santa Fe, so we decided to stop for a night at El Reno, Oklahoma, near Oklahoma City. The distance between Santa Fe and Chicago is 1,263 miles, about 20 hours to drive directly.

We left Santa Fe on Tuesday, June 22, and started driving towards El Reno. The distance is 541 miles, and it took 10 hours, including the rest time. We drove on Interstate 285 and 40. 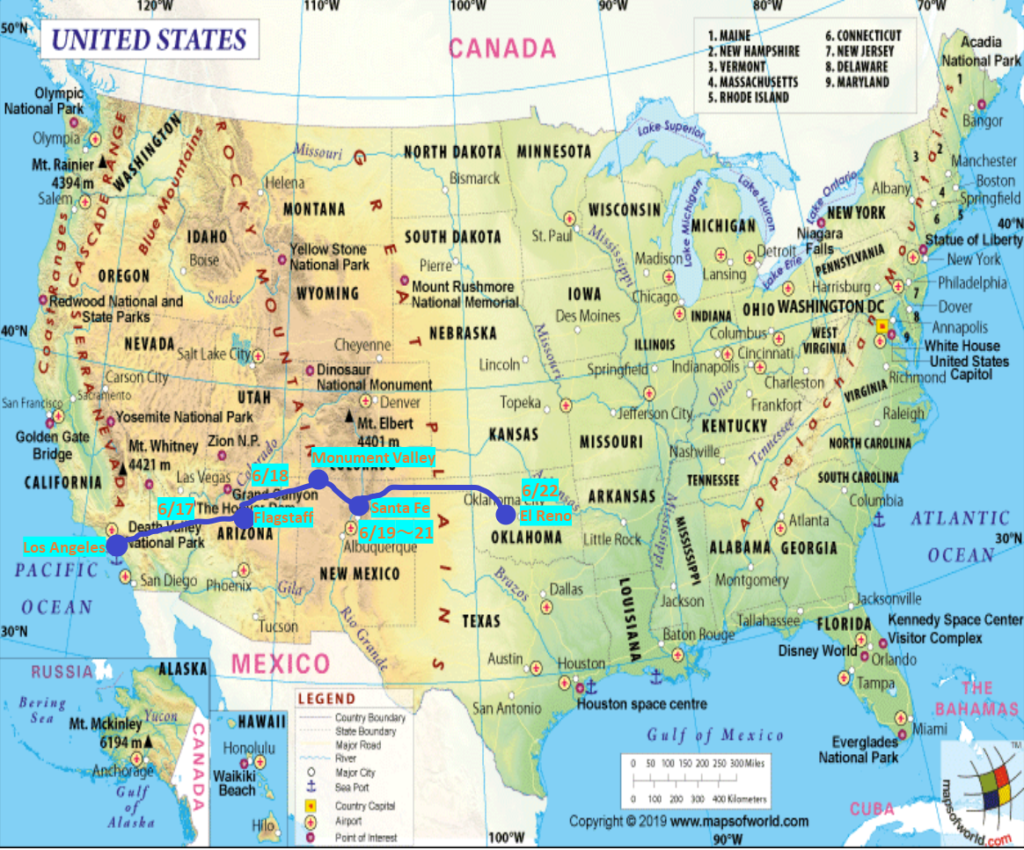 We stopped at a big gas station to refuel. There was a sign for fireworks outside of the store. While we were driving, we saw many road signs for fireworks, which are legal in Oklahoma.

We found many shelves of fireworks inside the store. In California, these are generally not allowed to be sold at convenience stores or regular stores. It is interesting for me that each state has its own rules. 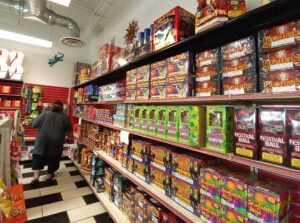 Swimming at the “Blue Hole” in Santa Rosa, New Mexico

Next, we stopped at “Blue Hole” in a small town called Santa Rosa, New Mexico. This Blue Hole is a natural cenote pool created by from spring water. The incoming clear water with a constant 62F temperature and constant inflow of 3,000 gallons per minute. Also, the water in the pool completely renews itself every six hours.

There wasn’t anything around this area. Suddenly we saw a sign for “Blue Hole”. We paid $10 to park and then we found some families were there. 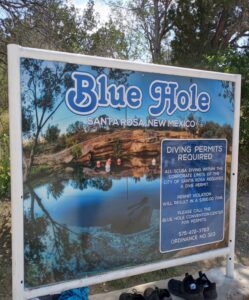 There was a description of this hole. The depth is 81 feet and the water temperature was 61F at this time. When I soaked my foot, it felt a bit cold.

If you will visit there, bring your towel. There is a small bathroom, but it wasn’t clean, so it is better to change your clothes inside your car. Also, there isn’t a lifeguard there. So if you want to swim there, swim at your own risk.

A video in which I jumped into the water.

The specific information of Blue Hole

When we drove to Oklahoma, we passed through Texas state. Prior to this trip, I did not know which state is where. However, now I study Google Maps, so I’m getting familiar with American geography.

Once we entered this part of northern Texas, we found that the view was very changed to flat wheat farm fields and straight roads. We cannot see this view in California. 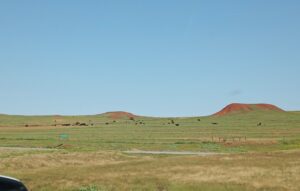 We drove straight on Interstate 40. We found a sign for welcome to Oklahoma. Also, I found many Cherokee’s craft stores or Cherokee clothing advertisement signs on the freeway.

I wondered why there were many Cherokee shops in Oklahoma. I asked my husband. Then he told me that many years ago, the US government forced them to move to Oklahoma to take over their homeland. I was interested in that story, so I searched on the website. 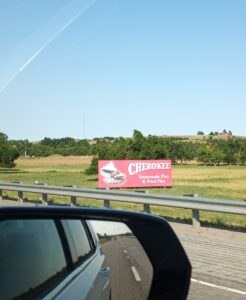 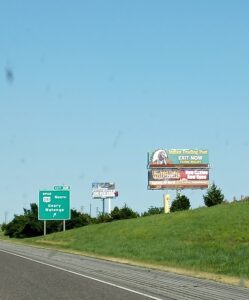 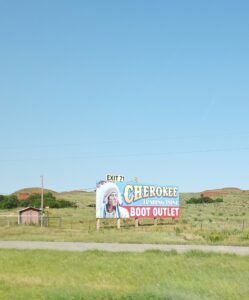 The Cherokee tribe used to live in Georgia and Tennessee and it was the most prominent Native Indian tribe in the US before white people entered their homeland. In the 1800s, there were about 100,000 Cherokees. Most of the time, they fought with white people. Five tribes, such as the Chickasha tribe or Choctaw tribe, adjusted and merged with white people. When there was a gold rush in Georgia, the US government forced about 60,000 Cherokee people to move to Oklahoma from 1838 to 1839. They moved by walking, and it was so tough, which is called the Trail of Tears. About 4,000 Cherokees died at that time. They survived this challenging situation.

I understood why there were many Cherokee signs.

We decided to taste local food on this road trip. We found that there are many BBQ restaurants in Oklahoma. We chose Bad Brads BAR-BQ for dinner this day. 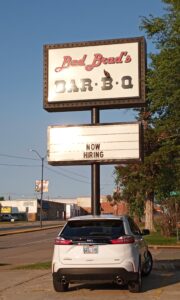 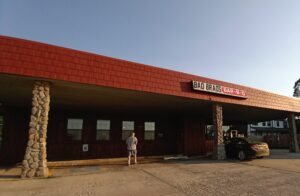 They have some assorted meat plates with different kinds of BBQ and some side dishes. My husband ordered The Saddle Buster with Smoked Pulled Pork, Beef Ribs, and Brisket. I ordered two portions of meat with Beef Ribs and Smoked Pulled Pork with coleslaw and spicy beans.

One thing that we were surprised that they didn’t serve any alcohol at this restaurant. We asked a waitress. She said that the owner doesn’t want to serve alcohol because he is Christian. We expected to taste meat with beer, so we were disappointed a bit.

A hotel in El Reno

We stayed at Holiday Inn at this time. It is placed in a convenient area and closes to the highway. 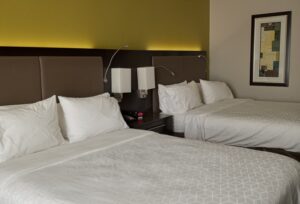 Well, we keep driving towards Chicago. Next, we are going to stop around the St.Louis area.