After leaving Atlantic City on Friday, July 9, 2021, we started driving towards Chantilly, Virginia, which is a suburb of Washington DC.

During that drive, we stopped at Baltimore to see our friend and also at Washington DC to do some sightseeing. The distance was about 220 miles (direct distance from Atlantic City to Chantilly). We used Interstate 95, 895, 495, and 50. About six hours included resting and stopping at some places. 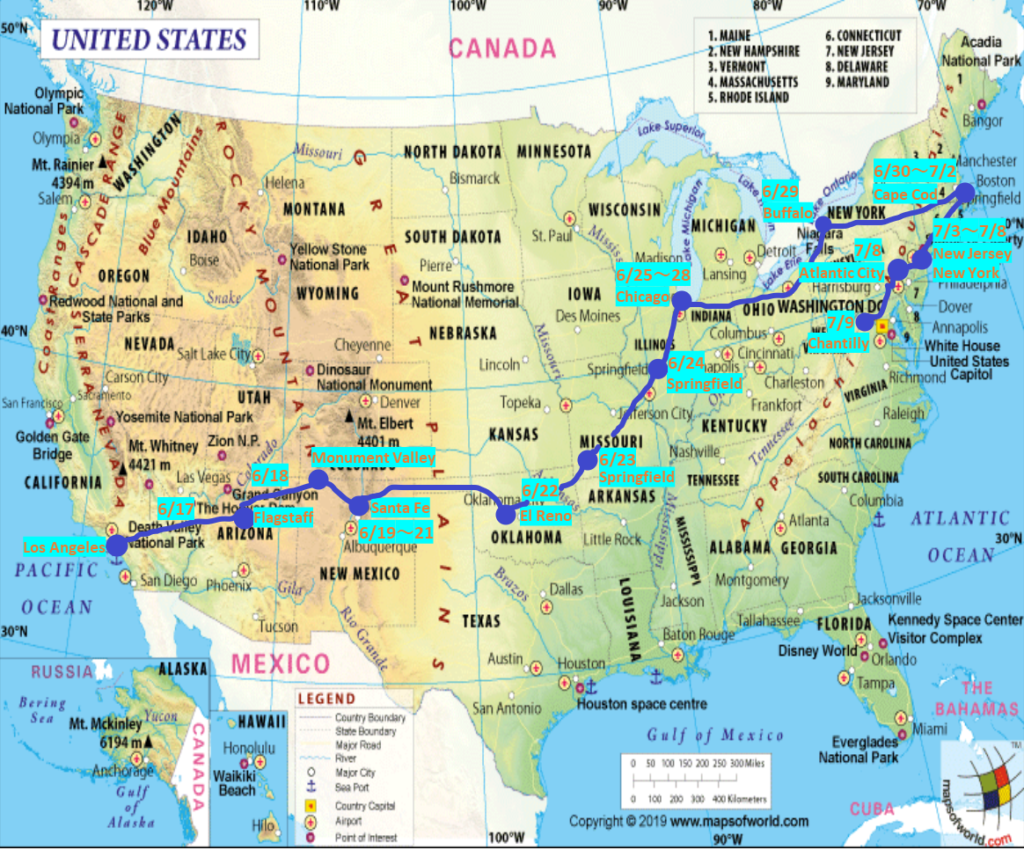 We could see the city of Philadelphia from the highway. 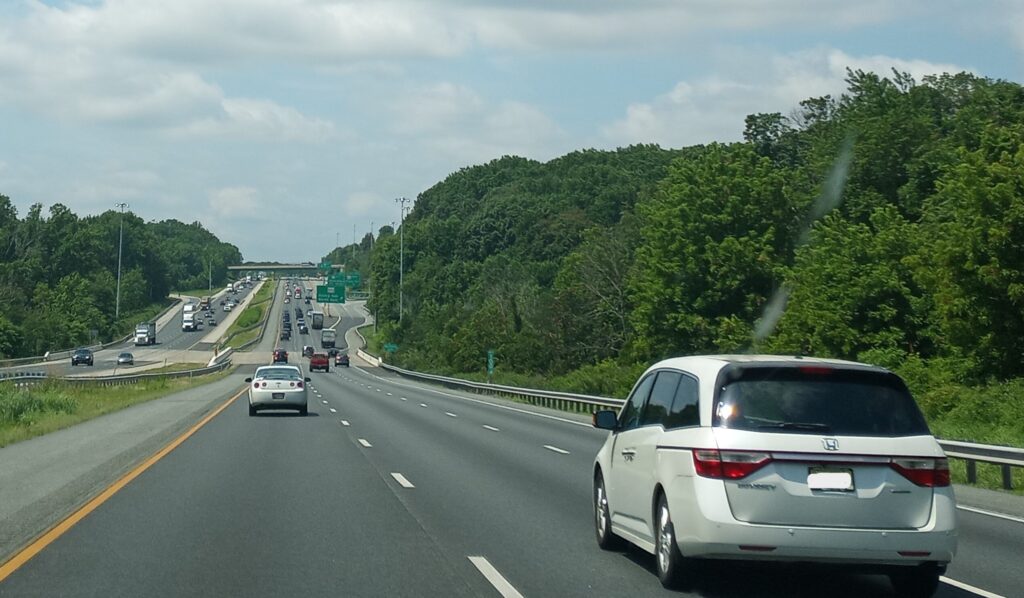 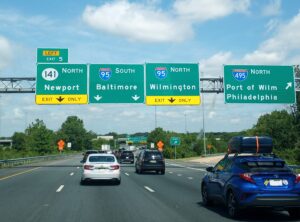 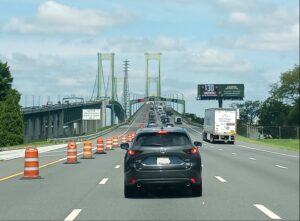 And we drove the tunnel under the river starting at a tollgate, which we do not see in California. 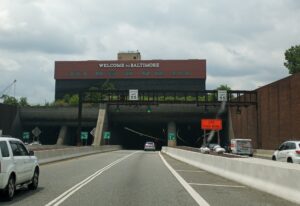 When we exited the tunnel, we were in Baltimore, Maryland.

We met our friend at a Japanese Sushi restaurant in a charming old town called Ellicott City.

Ellicott City, a suburb of Baltimore,

The Japanese restaurant’s owner is a young Chinese woman, and it was packed even though it was a weekday! My friend explained that many Chinese, Thai, and Vietnamese open Japanese restaurants these days, especially Sushi restaurants. Because once they learn how to make Sushi, it is easy to open and earn much more money than a Chinese restaurant. People love to eat healthy food, and the Japanese food is healthy, and they pay a lot of money.

I know some Sushi restaurants in my neighborhood in Los Angeles. Owners and staff typically are not Japanese. American people cannot visually recognize Asian people as Japanese or Chinese. So, I feel nobody cares about it who is making Sushi. I have mixed feelings about this situation as a Japanese person. 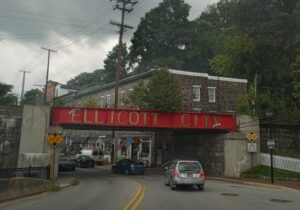 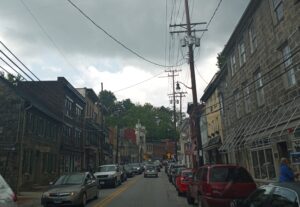 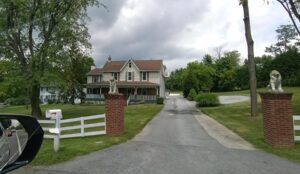 After lunch, we started to drive towards Washington DC. Suddenly the weather changed to heavy rain! We could hardly see anything even with the wiper turned on. 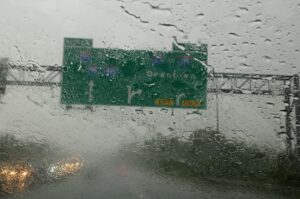 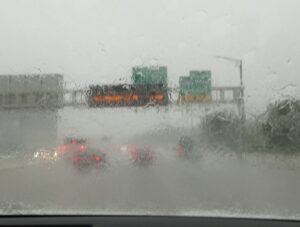 After a while, the Capitol building appeared in front of us.

We wanted to visit Smithsonian Air & Space Museum. However, we didn’t know that we had to make a reservation in advance. We realized that just a few days before we got to Washington DC. We found the tickets were all sold out. So we changed our mind and stopped at the White House and the Capitol Building instead. 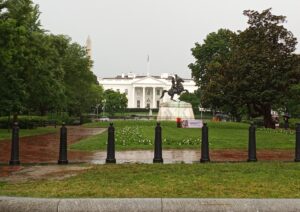 Next, we stopped at the Capitol Building. Before the attack two years ago, tourists could enter inside.  But at this time, nobody was allowed inside, unfortunately. When we went there, a big fence had surrounded the building. 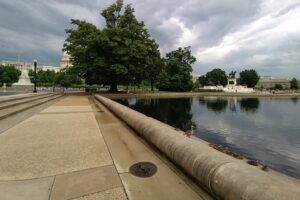 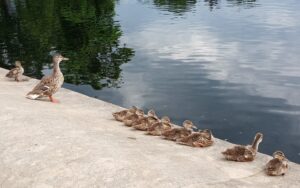 We stopped at two touristy spots, and then we started driving towards a small town called Chantilly. When I was watching the outside of the window, I found a strange horizontal building. And we realized it was the Pentagon! I saw it on the TV news or in movies, but I’ve never seen it for real. From the side, we couldn’t see the building’s pentagon shape. It is a vast horizontal building and much bigger than I expected. 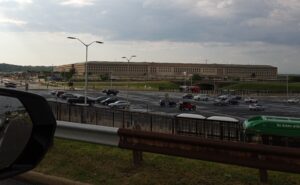 After we got off the interstate and kept driving, we went through a town with a big residential area. It seemed like a major place for people who work for the government or in Washington DC. There are many nice condos and parks. However, I forgot what is the name of the place, lol. (My husband said it was Arlington, Virginia). 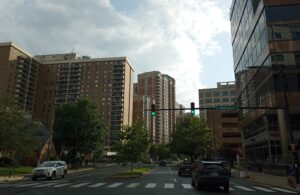 Finally, we arrived at Chantilly. We stayed at Hampton Inn this time. 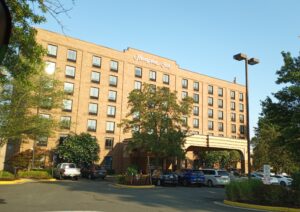 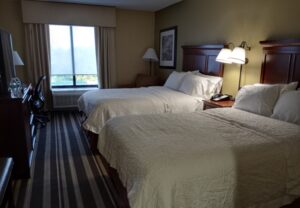 After checking in the hotel, we went to a casual New York-style Deli restaurant called Santini’s. We ordered and shared a corn beef sandwich and coleslaw salad like in New York. 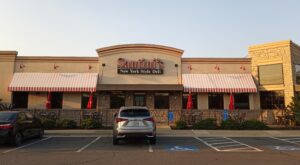 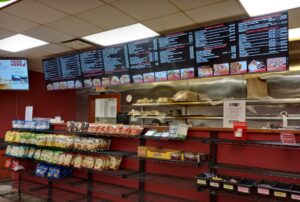 Well, we visited an old historical town, Savannah next day. Before my husband planned this road trip, I’d never heard about this town. I am going to write about the fantastic city Savannah next time. So stay tuned!