Actually, we started this long road trip from Los Angeles to East Coast in June 2021. We stopped several states.

After we visited with my husband’s family, we drove to a city not far from New York called Atlantic City. It is famous for its casinos and big hotels.

One of his cousins works at a casino as a dealer. So we wanted to go there to see him. So we left New York City on Thursday, July 8, 2021, in the morning. We drove about 130 miles in 2hours driving to Atlantic City. We used Interstate 95 and 9. 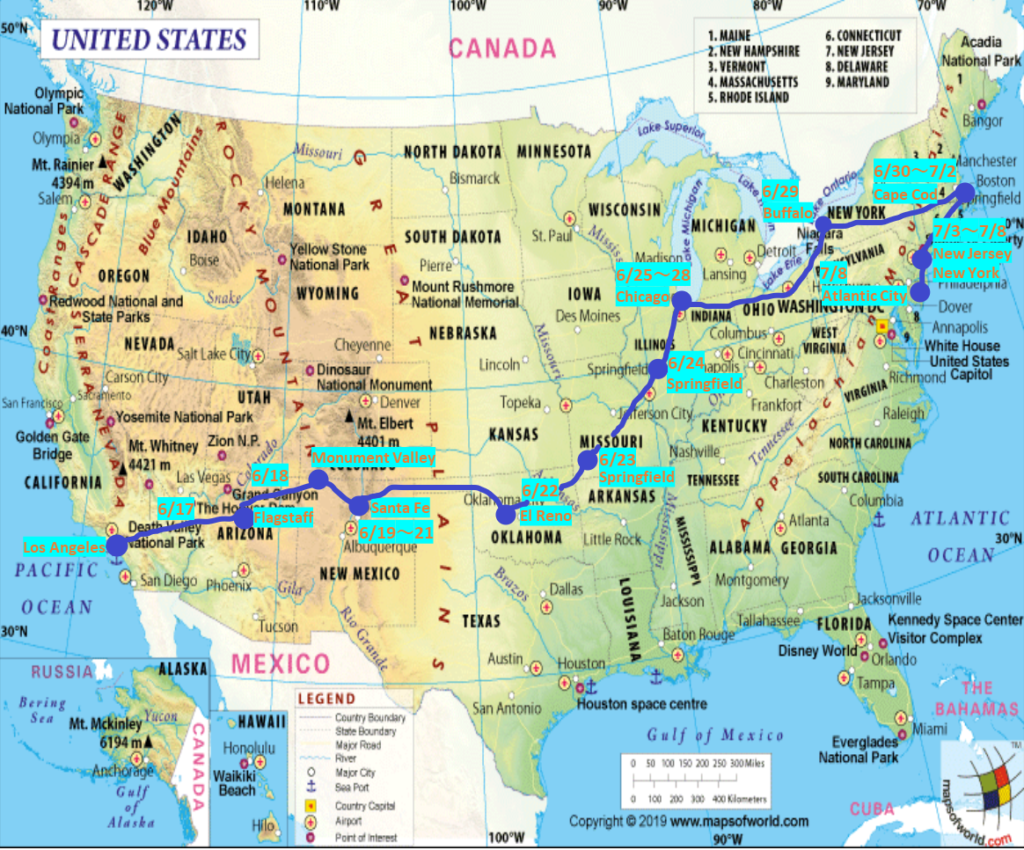 The history of Atlantic City

Long before Atlantic City was founded, it was thick with woods and lined with dunes.  It was the summer home of the Lenni Lenape Indians, an Algonquian-speaking people. Early colonial settlers in South Jersey largely ignored the island because it could only be reached by boat.

Then Jeremiah Leeds was the first to build a residence on this island in1783. By1850, the potential attraction of the island’s cool breezes and beaches was recognized, and the idea for developing a resort was first prompted by Dr. Jonathan Pitney, a local physician.

The railway business helped develop this city and brought many tourists from other places. The Camden-Atlantic rail line was completed at a little over $1.2 million at that time. A civil engineer from Philadelphia, Richard B. Osborne, designed the city layout and named the place Atlantic City.

This video was taken in 1959. We can see how the city was from this video.

In the end, we can see the show called “Diving Horse.” It would probably cause big trouble in today’s political environment because of the possible animal abuse.

Atlantic City was becoming a significant resort town which was convenient from New York City.  People enjoyed summer pleasure at the cool seashore. The city grew rapidly and developed many attractions such as the Boardwalk, amusement piers, floor shows.

It attracted many famous people. Beginning in the 1930s and continuing in the next three decades, Kentucky Avenue was renowned for its nightlife, with Club Harlem and other venues attracting the biggest stars from the world of jazz.

During World War Ⅱ, the city served as a training site for military recruits and a recovery and rehabilitation center for wounded soldiers. 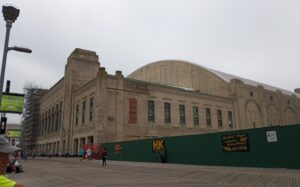 However, in the 1950s, as air travel to vacation spots in Florida and the Caribbean became more widely available, Atlantic City’s popularity declined as a resort destination. So, in1976, the city was launched as a gambling city when New Jersey voters approved it. 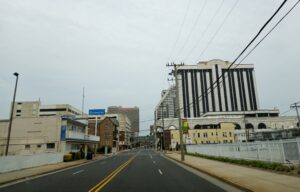 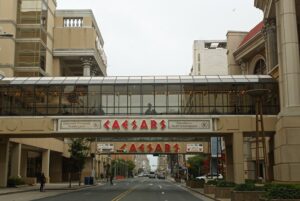 Still, the city has been struggling with the competition with other resort places, and even Hilton hotel and other famous hotels closed and left this place. However, the city is trying aggressively to get tourists to come back. For example, they are holding events for millennials or packages with luxury hotel life and so on. 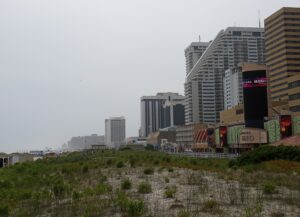 I heard that this city is like Las Vegas, but it was much smaller than Las Vegas. 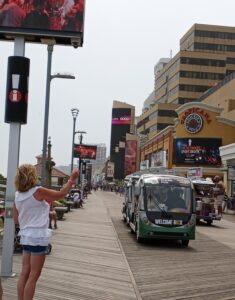 When we went there, it was the summer vacation season, so many tourists were there. 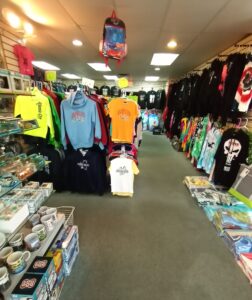 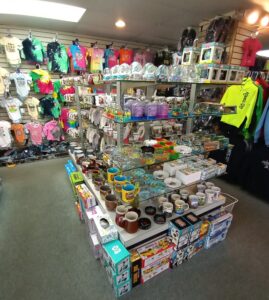 Sightseeing and restaurant in Atlantic City

We stayed just one night there. We met my husband’s cousin, Bob, and his girlfriend, Liseth at night. They showed us a lovely restaurant called Charlie’s. It is a casual American-style restaurant.

There are many kinds of foods on the menu. It was hard to choose from, but I decided to order steamed clams and one of the restaurant’s signature dishes called BBT’s (Fried Chicken breast) for an appetizer. Also, I ordered Broiled Seafood Combo for main. Everything was tasty. We enjoyed the conversation and dinner! 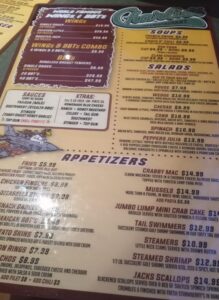 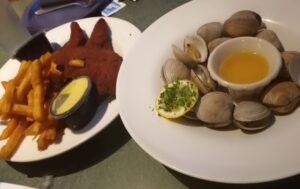 About the restaurant Charlie’s

❖ The Boardwalk in Ocean city

After dinner, Bob showed us a touristy place called Ocean City. Fortunately, it is close to Atlantic City, about 20 miles from Atlantic City. It was raining and cold, but still, we walked the Boardwalk. Although the weather was terrible, there were many tourists there. 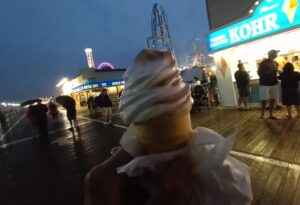 To my surprise, this Ocean City has prohibited drinking alcohol. We can drink alcohol in Atlantic City. Just less than 20 miles away, but they have their own rules. It was interesting for me.

We walked along the Boardwalk then stopped at several souvenir shops. We ate ice cream even it was raining and cold. My husband’s cousin showed us a famous caramel popcorn store called “Jason’s Popcorn.” This store was established in 1940. They have been doing their business for more than 80 years! 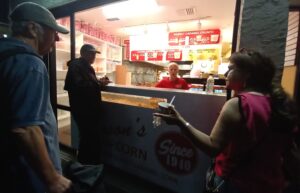 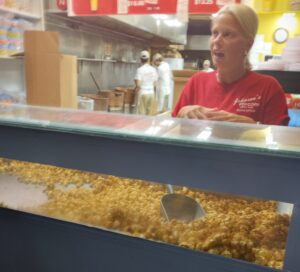 It seemed so sweet. We bought a small bag of Pop caramel corn. During our road trip, we ate this caramel popcorn, and it was so tasty. We regretted that we should have bought a bigger size. But it was too late, lol.

About the details of Jonson’s Popcorn

Husband’s cousin, Bob, booked the hotel in Atlantic City. It was convenient to get everywhere. 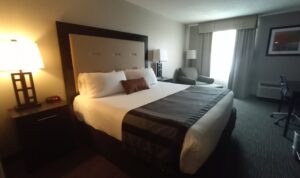 After visiting with my husband’s cousin, we started to drive towards Chantilly, Virginia via Baltimore and Washington D.C.