We woke up in the early morning drove to National Memorial Museum in Oklahoma City. A friend of my husband suggested we visit there. This museum was built to remember the tragedy of many people killed and injured by the bombing of the federal building in April 1995.

The news was reported in Japan as well, but I didn’t remember anything about this incident. Probably, I didn’t know where Oklahoma is at that time. So, I ignored it.

The Oklahoma City bombing was a domestic terrorist truck bombing on the Federal building in Oklahoma City. It occurred on Wednesday, April 19, 1995. It was perpetrated by anti-government extremists Timothy McVeigh and Terry Nichols. They a large bomb in a rental truck. It happened at 9:02 am, killed at least 168 people, injured more than 680 others, and destroyed more than one-third of the building, which had to be demolished.

After this bombing, two criminals escaped, but the FBI found a serial number left inside the truck during the investigation. Then they found these two criminals from the rental car company. Finally, Timothy McVeigh was arrested, and he waited in jail for 12 years. Finally, he got the death penalty in 2001.

I heard a recording of the voices of government employees who were attending a meeting just before the blast.  Also, I watched some survivor’s videos. I was so shocked, and it all broke my heart. I hope this terrorism will disappear from this world.

We started to drive towards Springfield, Missouri. The distance was 299 miles. It took about 6 hours, including the rest time. We used interstate 44 and 40. 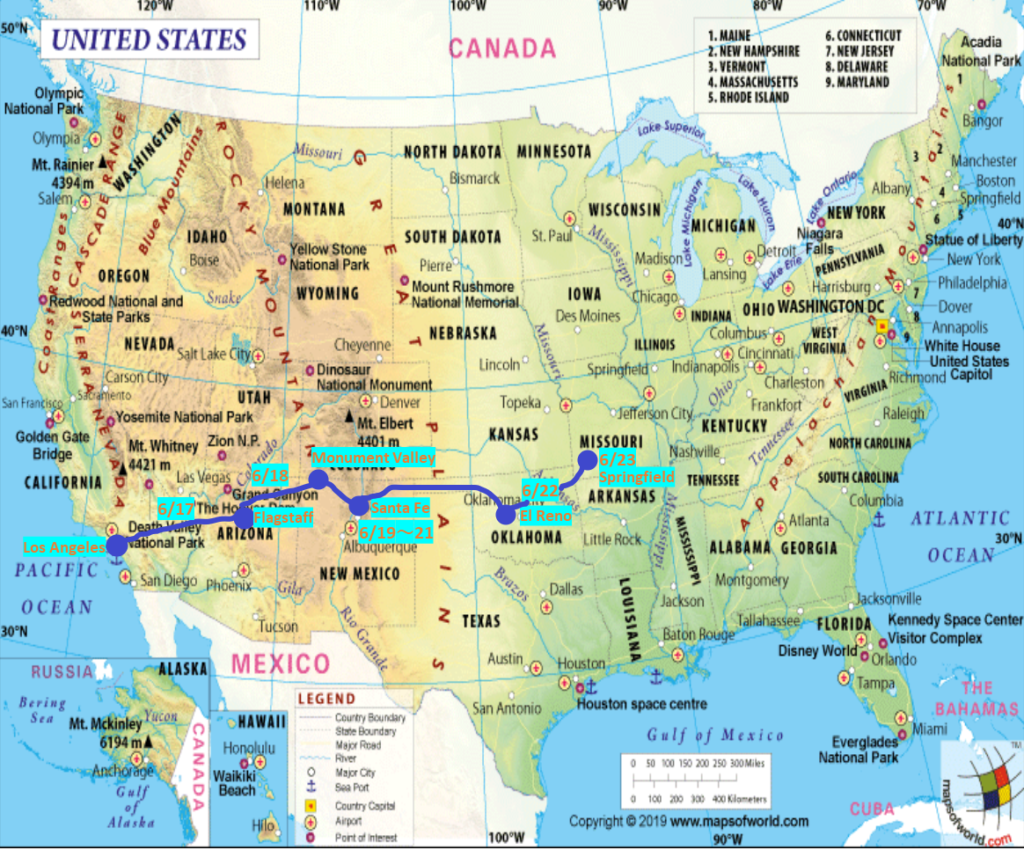 There were many toll roads that we do not see in Los Angeles. 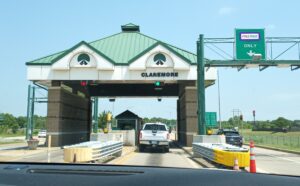 After we passed the state line, we found a sign that there is a monument of a 3-state geographic corner. So we got off the highway then drove there. We went on the dirt road then suddenly we found a small monument marker on the ground. 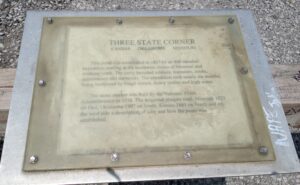 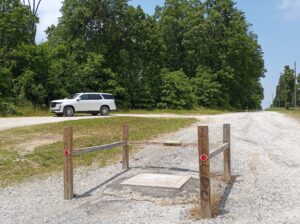 And we drove to Springfield. There is an exciting sightseeing spot called  Fantastic Caverns.

The Cavern was discovered by John Knox and his hunting dog in 1862. Knox did not want the cave to be exploited by the government, so he kept the cave’s existence quiet until 1867. Then, Knox put an advertisement in the Springfield paper for someone to explore the cave. On February 27, twelve women belonging to the Springfield Women’s Athletic Club explored Fantastic Caverns. These twelve ladies are considered the first explorers of this Cavern. Their names are still visible on the cavern walls today, and Over the years, Fantastic Caverns changed ownership and names. Some property owners chose to keep the cave private; others expanded the cave attraction business, and some established a secondary company.

We rode on the tram then a tour guide explained the details of this Cavern. Many kids joined this tour. Inside the cave, there was no fence, so we can easily touch it. However, it is prohibited to touch anything inside the cave.

The guide explained the history of this cave and the details of the Cavern. When 12 women discovered this cave, they used just a candle. So the guide showed us how it was dark inside the cave with only a candle. It was an exciting experience for me. 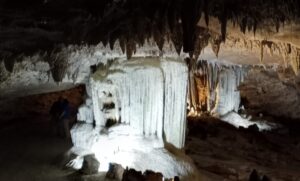 However, driving for 3 hours made me so exhausted, and I was very sleepy during this Tour. It was hard to open my eyes in the dark cave.

Hotel and dinner in Springfield

We stayed at La Quinta hotel. 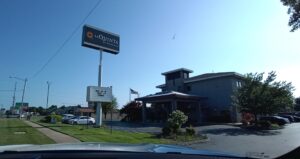 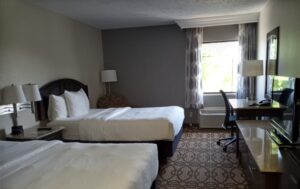 We had been eating BBQ for a while, so we went to a Chinese restaurant near our hotel this night. This restaurant seemed popular because local people ordered to go one after another. So we ordered stir beef and vegetable, stir fry chicken, and shrimp fried rice. 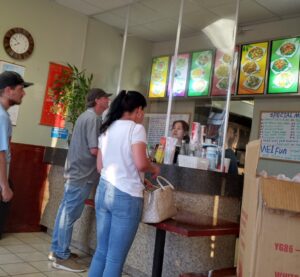 Well, next, we drove to St. Louis to join a tour at the Budweiser factory.